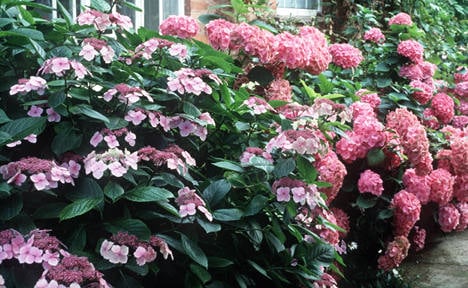 A Nuremberg pensioner named only as Roland S. told the tz regional paper on Wednesday that a number of his hydrangeas – large bushes found in suburban gardens and often favoured by the elderly – had been deflowered.

He asked his neighbours and indeed they, too, had found theirs bare. Gabi G., from nearby Binswangen told the paper how she had woken up to find the flowers and leaves missing from her shrubs as well.

Reports of hydrangea raids have, the area’s police told the paper, been filtering in increasingly regularly due to the rising trend of it being smoked – it reportedly has an effect similar to cannabis.

“The shrub-like plant with large pink or blue flowers has been linked to having an intoxicating effect. Shoots, flowers and leaves are being smoked,” said a recent article on the site. It added that doing so “can even cause death.”