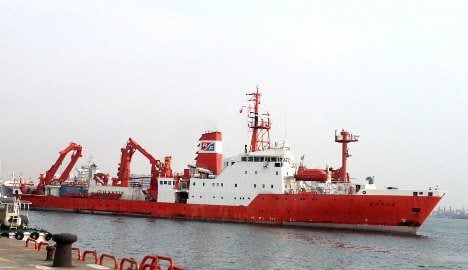 The substance, a fossil fuel that consists of very densely-packed methane trapped in ice, is found beneath the seafloor on continental shelves and in the Arctic’s permafrost.

Earlier this month, Japan announced it had successfully extracted the hydrate, known as “fire ice”, from its seabed, a move it called a world first and a major breakthrough for the energy-starved nation.

The 4700-tonne German ship, called the “Sonne” will undertake a 50-day expedition at a cost of around $3.98 million, three-quarters of which will be funded by Germany and the remainder by Taiwan.

“This will be the first time we may be able to physically explore for the substance,” said Wayne Wang of Taiwan’s National Science Council. Past studies have indicated reserves in the area could supply the island for up to 50 years.

Taiwan is heavily dependent on costly oil imports mainly from the Middle East and Africa.