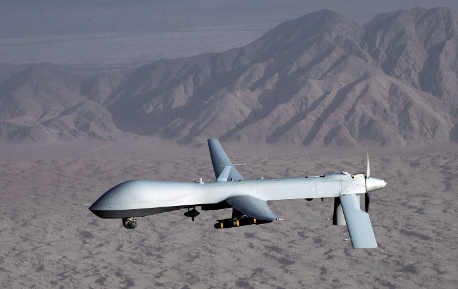 In an interview with German daily Welt some months ago, Minister de Maizière argued that “[manned] aircraft are allowed to carry weapons, so why shouldn’t an unmanned aircraft also be able to do so?”

While there has already been stiff opposition to the plans from the opposition Greens and the Left Party, politicians within the the governing Christian Democrats (CDU) are now also cautioning against hasty action ahead of September’s election.

“I don’t think there’s any need for a final decision on this before the federal elections. Thoroughness is more important than speed,” said Karl Lamers, deputy chairman of the government’s defence committee in comments due to be published in Welt newspaper on Tuesday.

Ernst-Reinhard Beck, CDU spokesman on defence policy echoed the sentiment and stressed there was “no urgent need for action” but that a common European solution would be found in the medium-term for an unmanned craft “which could also transport weapons.”

Bernd Siebert, member of the CDU working group on defence, said he did not foresee a scenario in this legislative period “which would require a hasty decision to purchase.”

The country relies on borrowed drones from an Israeli consortium to carry out aerial reconnaissance in Afghanistan. The contract with the Israeli group was due to expire in 2014 but has recently been extended to the middle of 2015.

Commentators speculate that pushing back the decision on whether to buy armed drones represents an attempt by the government to avoid it becoming an election issue.