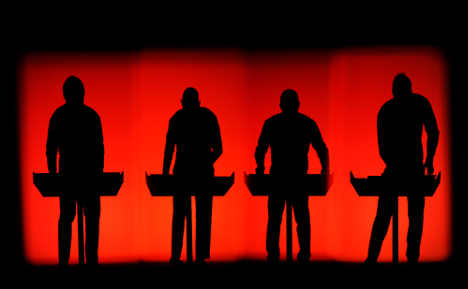 Modern Sky records, a Chinese music company, applied to the Ministry of Culture for permission for the band to play at the annual Strawberry Festival in Beijing next month.

But a source at the firm, asking for anonymity for fear of reprisals, said: “Kraftwerk were not allowed to play… because they participated in a Free Tibet concert.

“We had already arranged the show, it’s a pity they can’t come, it’s a great shame.”

Kraftwerk achieved fame in the 1970s as pioneers of electronic pop music and were scheduled to appear at a high-profile “Free Tibet” concert in Washington DC in 1998. The band pulled out after the show was afflicted by bad weather.

China’s culture ministry has a long-standing policy of refusing permission to acts who have voiced support for Tibetan independence, several sources with knowledge of the matter told news agency AFP.

No-one from the ministry was available for comment on Thursday.

British indie-rock band Travis will headline the festival, the state-run Global Times said Thursday, reporting that Kraftwerk had been chosen to top the bill but the arrangement collapsed because of “political reasons” it did not specify.

News of the ban on the German band comes ahead of the first Chinese performance by UK punk rocker John Lydon, also known as Johnny Rotten of the Sex Pistols, who is set to play in Beijing on Saturday with his band Public Image Ltd.