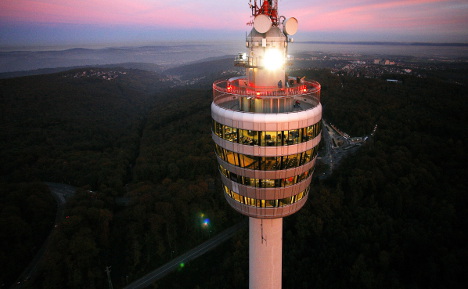 “In the event of a fire the television tower would be a life-threatening trap for visitors,” said Fritz Kühn, the southwestern German city’s mayor.

The decision to close the 217-metre tower to the public took its operator, broadcaster Südwestrundfunk (SWR) by surprise. “That the television tower now has to be closed for security reasons takes us completely unprepared,” said Siegfried Dannwolf, manager of SWR Media Services on Wednesday.

But Kühn said there was no other option – and there was unlikely to be any way the tower could be reopened. He said in an emergency up to 250 people would have to leave via a very narrow stairwell in the tower and that it would take too long for them to get out.

SWR spent millions updating the fire prevention systems in the tower just two years ago, said Dannwolf, saying all authorities had been happy with the renovation measures.

“We will not check how we can fulfil the conditions, which are new for us and which we could not have foreseen. We will have to see whether a financially sound use [of the tower] is even possible,” he said.

The tower was opened in 1956, the first steel and concrete television tower in the world. It was taken as an example for many other towers around the world including the Space Needle in Seattle, USA.

Stuttgart’s tower, complete with a cafe at the top – as well as rooms full of SWR broadcasting equipment – has long been a popular spot for locals and tourists to visit and take in the view.

But Kühn said if he did not close it now and something happened, it would be an unforgivable error. He said similar towers in Cologne, Hamburg, Frankfurt and Nuremberg had been closed in recent years.

He said further checks would be made after Easter to see if the situation could be changed.

Frank Knödler, head of fire protection at the tower, said there was a sprinkler system and that the technical equipment rooms could be filled with fire-extinguishing carbon dioxide in the case of a fire. But he admitted much of the tower remained flammable. “We sadly only have one emergency exit, and if this were to be blocked, it would present a significant danger,” he said.