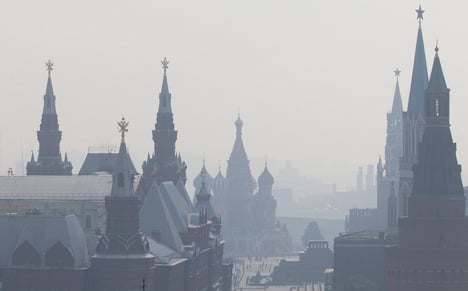 Officials knocked on the doors of both both the Konrad-Adenauer Foundation (KAS) and the Friedrich-Ebert Foundation (FES) for a surprise inspection. However, both politically oriented think tanks stressed to the Süddeutsche Zeitung they had not been raided by the Russian authorities.

The inspections came after Russia changed its laws on how foreign organisations operate inside its borders – namely how NGOs financed by other countries are registered.

These were the first searches done at German NGOs in Russia since the government introduced the laws last autumn. Both organisations said that they ran smoothly, allowing the day’s work to continue relatively undisturbed.

At the KAS offices in St. Petersburg, officials arrived and confiscated computers. They reportedly also presented managers with a list of more than 20 in-depth questions about staff and company events.

A KAS spokesman told the Süddeutsche Zeitung that they were treating Tuesday’s searches as “a routine check” that had not been triggered by specific accusations.

Yet chairman of the foundation, Hans-Gert Pöttering, said that unannounced searches could make for “strained relations with Russia.”

Criticism came from Germany’s parliamentary foreign affairs committee, as chairman Ruprecht Polenz said that “NGOs are stigmatised with being disloyal, with Russia conveying the message that they are foreign agents up to no good and should stay away.”

The German Justice Ministry said that it believed around 40 organisations had been hit by the inspections. Foreign Minister Guido Westerwelle said that such “concentrated action” was unacceptable.