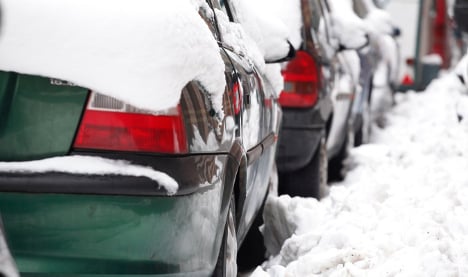 And the construction industry has also been badly hit, with income down by more than ten percent this January compared with last.

The start of 2012 had been particularly good for builders, industry representatives said on Monday but this January was lousy in comparison, with income 10.8 percent down. At least part of this was due to the icy weather which forced many sites to stop work, and others to be delayed.

Assuming the rate was similar across the country, that month alone cost the country more than €2 billion in healthcare and missed working days, the paper said.

And because the cold has held – and still has the country in its grip – the costs are likely to continue, reaching €6 billion if things do not warm up before April.

The cold, dark winter is also known to exacerbate depression, which also costs the country dear – and this was the darkest on record.

Those hoping for a swift end to the recent arctic conditions will be disappointed, as Germany is set to remain influenced by high pressure systems coming in from Scandinavia, the German Weather Service (DWD) said on Monday.

Most areas will remain just below freezing for most of the week, and dry cold air from the east will continue to make it seem colder.

A steady rise in temperatures will be very slow, with some south-eastern areas still experiencing -12C on Tuesday night.

Some areas, particularly in the north, will be fairly sunny, but this will often be broken by snow showers.

Southern and Rhineland regions may even experience warmth, with temperatures in double figures over the Easter weekend, but a cloudy outlook and likelihood of occasional showers could dash hopes of a sudden spring.