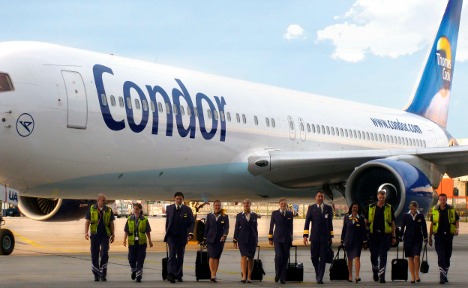 Charter airline Condor even admitted that two crew members passed out when the plane was tested after the 242 passengers had left.

The Boeing 757 which flew to the Spanish holiday island on Friday has remained at the Las Palmas airport while further checks are made – and the passengers from the DE 5944 flight were being contacted, a statement from Condor said.

It said that the co-pilot’s use of an oxygen mask was “routine and precautionary” and that three other crew members had felt unwell after noticing a funny smell.

None of the passengers or other crew members complained that anything was wrong, the airline said.

But because of the complaints of the crew, once the passengers had disembarked, the engines were started again, which was when two crew members briefly passed out.

“They and the co-pilot went to a local hospital as a precaution,” the statement said. By the time the statement was issued, on Saturday afternoon, they had all left the hospital again and, along rest of the crew, were on their way home.

A different plane would be used to fly the holidaymakers back to Hamburg, Condor said.

The German aviation accident authority had been informed, and Condor said it was cooperating with the Spanish authorities to investigate what had happened.

The plane had undergone a routine full C-check in March, Condor said.