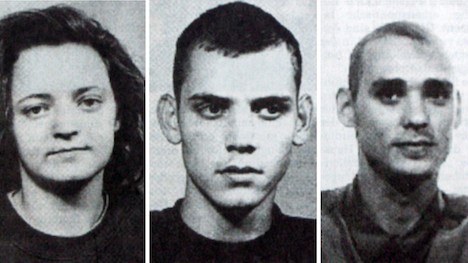 Citing classified security authority documents, the Bild am Sonntag newspaper reported on Sunday that 129 members of the far-right scene aided the so-called National Socialist Underground (NSU) over the years.

The core of the assistance network was made up of four right-wing extremists who will face court next month along with the sole surviving member of the NSU trio, Beate Zschäpe. Zschäpe is accused of committing ten murders between 2000 and 2007, with her friends Uwe Mundlos und Uwe Böhnhardt, both of whom are dead.

Federal prosecutors are currently working on the assumption that Zschäpe was the last surviving member of the gang. She gave herself up a few days after Mundlos killed Böhnhardt and then himself in a camper van surrounded by police in November 2011.

But at least one expert advising the parliamentary committee investigating the NSU murders, believes more people were actively involved in terrorist activity.

Hajo Funke, a political scientist at Berlin’s Free University, said in January that there was compelling evidence the neo-Nazi gang had more than just three members.

“The role of supporter or helper went a long way for some people,” he said.