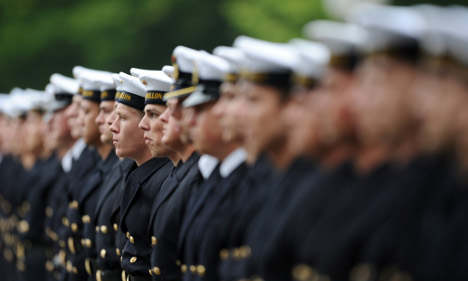 The leaflets, extolling the virtues of careers in “various occupational fields” offered by the German military, were sent out to 1,000 minors in Lensahn in the northern state of Schleswig Holstein, wrote the regional Lübecker Nachrichten on Sunday.

The army has said it will apologise to the families of children mistakenly sent the material, among them toddlers and babies under a year old, wrote the paper. But the Bundeswehr’s HR department in Cologne told the paper it was not to blame for the “very unpleasant” incident.

Fault for the embarrassing glitch lies with the civilian registry office in Lensahn, which when asked for contact details of all citizens aged 17 and over, instead sent the military the registered names and addresses of local minors under 17 years old.

Dieter van Bühren, office supervisor at the Lensahn authority admitted to what he called a “stupid mistake,” which was both annoying and embarrassing, wrote the paper.

The Bundeswehr ramped up its recruitment drive after compulsory service was abolished two years ago.

This is not the first time the army has accidentally advertised to toddlers and schoolchildren in the region. In 2011, leaflets were sent out to 2,000 children in Eutin, Schleswig-Holstein, after the local registry office made exactly the same mistake.