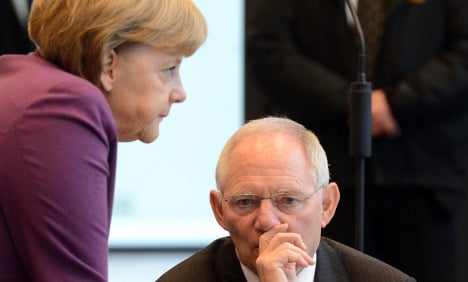 She also complained at the talks that the Cyprus government had not been in contact for days with its international creditors, the European Union, the European Central Bank and the International Monetary Fund, the participants said.

Merkel rejected the Cyprus government’s proposal to involve pension funds in the country’s rescue plan and was reported by participants to have said: “The EU must in no way abandon its principles.”

Her comments were confirmed by other sources within her conservative party reported by the DPA news agency.

“Cosmetic changes alone are not enough,” the newspaper quoted Schäuble as saying, citing government coalition members who took part in a meeting with the minister late on Thursday.