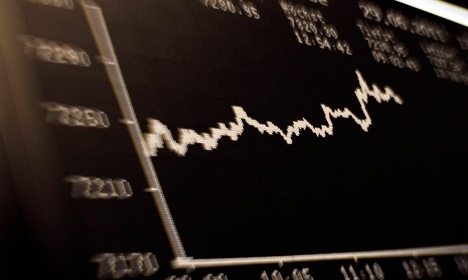 It is the first time since October that the index has fallen, countering analysts’ expectations for a further modest increase this month.

“Companies were slightly less positive about their future business outlook than in February, but assessed their current business situation almost as positively as last month.”

But he insisted: “The German economy remains on track in a challenging environment thanks to strong domestic demand.”

The sub-index measuring current business slipped fractionally to 109.9 points in March from 110.2 points in February. And the outlook sub-index fell by one full point to 103.6 points.

A breakdown by sector showed a mixed picture.

While confidence in the key manufacturing sector fell — weighed down by falling export expectations — and sentiment in the wholesale sector also “deteriorated considerably,” it rose slightly in the retail sector.

In construction, confidence lifted to its highest level since German reunification.

Analysts said fears of a resurgence of the long-running crisis — which had appeared to be abating — were taking their toll on sentiment.

The drop “is another sign that the economic recovery in the eurozone seen over the past six months or so might already be running out of steam,” said Capital Economics economist Ben May.

The Ifo reading was “still consistent with reasonably healthy gross domestic product. Nonetheless, given the uncertainty surrounding Cyprus and Italy, business sentiment may continue to fade and we still think that a sustained German economic recovery in 2013 is a hope too far,” May said.

“The German Ifo has been hit by the ongoing political and economic turbulence in the eurozone in March,” she said. “This is the first downward correction since October and it shows that even the resilient German economy is not spared from the current turmoil.”

Natixis economist Constantin Wirschke said that “despite the disappointment, the numbers are still pointing towards growth in the first quarter and for the full year 2013.”

“Discounting this month, it is at its highest since April 2012, when the German economy was growing at a decent clip. So this remains a positive indicator,” he said.

ING Belgium economist Carsten Brzeski also saw the reading as no more than a correction to the recent sharp rally.

It was “a small downward correction of last month’s enthusiasm rather than a new downward trend,” he said.

“Despite today’s drop, the absolute level of all components still points to growth in the first quarter,” Brzeski argued.