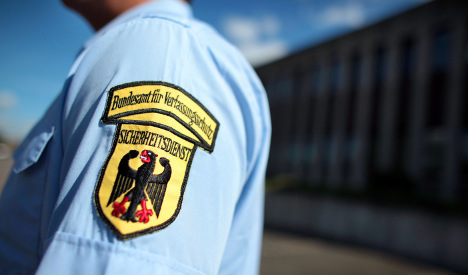 Germany’s security service the Verfassungsschutz is a hornet’s nest of conflict, envy, jealousy and inappropriate insults, wrote the Süddeutsche Zeitung, citing inside sources.

And they aren’t just innocent office jokes. Employees of the department tasked with observing militant Islamists reportedly throw around deeply offensive, Nazi-affiliated words in private of the kind which would be unthinkable in a public setting.

These range from Herrenrasse, the German for “master race” to Muselmann – originally a German word meaning “Muslim man” later used by the Nazis as a slang word for emaciated death camp inmates who had surrendered to their fate – to Ölauge, a derogatory name for “greasy” dark-eyed foreigners.

In one case currently the subject of an internal investigation, an agency employee is said to have offended co-workers in his office by positioning a doll of a Teutonic Knight with his sword pointing at a miniature mosque, wrote the paper.

The highly secretive intelligence agency declined to comment on the investigation into the doll incident, but the paper reported mixed views among internal sources.

While some insisted the incident was an isolated, one-off occurrence, others told paper the issue of racism was not being dealt with at all within the agency.

Kenan Kolat, head of the Turkish Community in Germany told the paper he believed there was “institutional racism” at work in the agency, even if every individual employee was not themselves racist. Kolat pointed to the lack of diversity among intelligence agents – and described the service as a “purely German institution.”

An agency spokesman denied this, and told the paper German intelligence officials were recruited from many different linguistic and cultural backgrounds, yet declined to give any statistics on the organisation’s ethnic make-up.

This is the latest scandal to hit the Verfassungsschutz, or Federal Office for the Protection of the Constitution, an organisation still reeling from accusations that agents shredded vital information relating to the neo-Nazi National Socialist Underground (NSU) terror group, suspected of carrying out nine race-based murders over a ten year period.