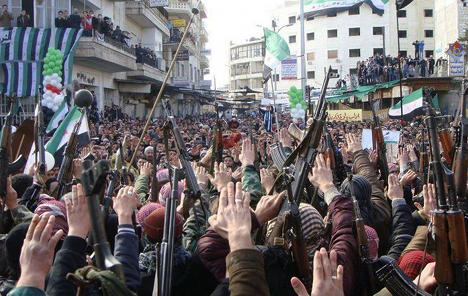 Ahead of an informal meeting of EU member state foreign ministers about Syria, Foreign Minister Guido Westerwelle told daily newspaper the Süddeutsche Zeitung, that the German government was weighing up whether the ban on providing the country with weapons was a good idea.

He seemed, the paper said, ready to compromise in a meeting on Friday that is set to discuss whether the embargo should be lifted in order to help the Syrian opposition fight President Bashar al-Assad.

Britain and France, who both want the ban lifted as quickly as possible, called the meeting despite an initially resistance from Germany – Chancellor Angela Merkel warned that should the embargo be lifted, the situation in Syria could escalate.

Yet Westerwelle is pushing for a more holistic approach, telling the paper that “focusing on the military is understandable but too short sighted.”

Better would be to support citizens by, for instance, supplying water, electricity and medical care. He added that “this would only work in opposition controlled areas.”