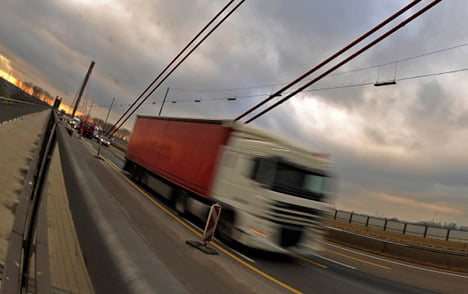 The Czech truck driver was travelling along the A6 motorway near the town of Sinsheim in Baden-Württemberg on Wednesday when his 40-tonne vehicle began careering between lanes, public broadcaster SWR reported on Thursday.

Police officers had been following the 48-year-old’s truck, trying to alert him with sirens and horns but they soon noticed that he had passed out. Doctors confirmed that he had suffered a stroke and is still fighting for his life.

It was not until his electronic emergency breaks kicked in, ten kilometres after falling unconscious, that the vehicle came to a halt. It was a miracle, police said, that no-one was injured.

When a driver loses consciousness at the wheel of an articulated truck it is almost impossible to stop the vehicle, motorway police told SWR. Other cars on the road were held back by four police vans as the truck was left to run its course.

There was considerable damage from the incident, as the truck had smashed into the crash barrier several times.

As two of the A6’s three lanes had to be shut down, a five-kilometre traffic jam clogged up the motorway until the truck could be removed.