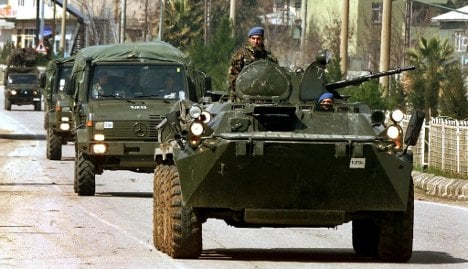 The world is trading more arms than ever before, the new figures by Stockholm-based researchers Sipri suggest, with Germany in third place behind global heavyweights US (30 percent) and Russia (26 percent).

Yet German arms exports have declined by three percent over the past five years, as deliveries of older deals were completed. Sipri reported in 2008 that the country made up 10 percent of national weapon trade, which by 2012 had fallen to three percent.

Other European states received 35 percent of Germany’s arms exports over the past five years, followed by Asia and Oceania 31 percent and the Americas 17 percent.

The Middle East received just 14 per cent of German arms exports over the past five years, with several high-value deals with Saudi Arabia and Qatar still under discussion.

These deals, along with another agreed deal with Algeria last year, added fuel to a long-running debate in Germany about the appropriateness of German weapons exports to volatile regions.

In fifth place, China is the world’s fastest-growing arms exporter, the study showed, and has knocked the UK out of the top five arms exporters for the first time since Sipri studies began in 1950.