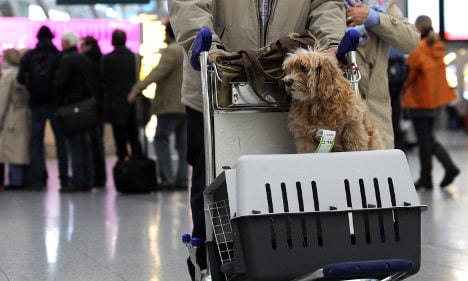 Düsseldorf cancelled 228 of the 609 scheduled Friday departures and arrivals, while Cologne/Bonn wrote off 78 flights.

Those passengers whose flights were still expected to depart were advised to avoid taking hand luggage with them as security personnel were due to strike all day, meaning significant delays should be expected.

Services industry trade union Verdi was organizing the strike to increase pressure ahead of Monday’s planned fourth round of wage negotiations.

“We expect a breakthrough in the negotiations and want to sign a new wage contract before the Easter holidays,” said Verdi negotiations manager Andrea Becker.

A Düsseldorf Airport spokesman said passengers should check the status of their flights before leaving for the airport. This is the seventh strike day at the airport since December, which have caused more than 800 flights to be cancelled.

The Cologne/Bonn airport has been subject to the same number of strike days, but had to cancel only 66 flights.

Verdi represents 34,000 security staff in North Rhine-Westphalia, 2,000 of whom work at airports, and is pushing to increase their hourly wages by between €2.50 and €3.64.

AIRPORTS
Berlin Tegel to officially lose its airport status: What’s next for the former flight hub?
Url copied to clipboard!