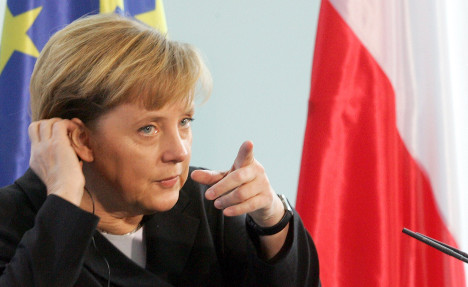 Merkel was born Kasner, a name invented by her grandfather Ludwig Kazmierczak in 1930 after he had moved to Germany from Poznan, the new book which was published on Thursday says, the Süddeutsche Zeitung reported.

The new details of Merkel’s family background were revealed in the book Angela Merkel – the Chancellor and Her World. It says Merkel’s father was born Horst Kazmierczak.

Her grandfather Ludwig, born 1896, was the illegitimate son of Anna Kazmierczak and Ludwig Wojciechowski, taking his mother’s name and growing up with her and her later husband Ludwig Rychlicki in Poznan.

The troubled history of Poznan, switching between Germany and Poland several times, indirectly contributed to Germany being led by a East-German Protestant woman.

Poznan was part of the German empire until the defeat of World War One and the 1919 Versailles Treaty which returned it to Poland. It was then that Merkel’s grandfather moved to Berlin, and met and married his wife Margarethe.

They had Merkel’s father Horst in 1926, and changed their name from Kazmierczak to Kasner in 1930, meaning the future Chancellor was born Angela Kasner. She became Merkel when she married her first husband, taking his name and keeping it even after marrying her second husband Joachim Sauer.

The Süddeutsche Zeitung said that Merkel’s father’s original name had not previously been known, and that although she has referred to her family having a Polish element, it was not until now commonly known what that was.

Merkel’s family history was already known to bestride the Cold War. Her father moved from West to East Germany to work as a pastor, meaning Merkel grew up there, and became involved in politics as the communist regime started to crumble.