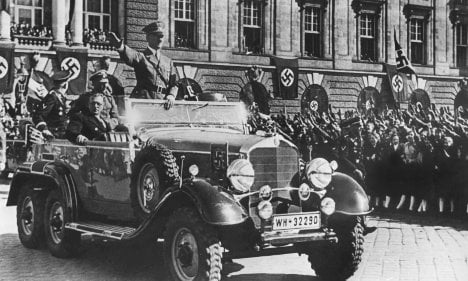 “Already on the evening of March 11 swastika flags were fluttering over Vienna and other cities, including at police headquarters in Vienna … even though not a single German soldier had yet set foot on Austrian soil,” President Heinz Fischer said at a ceremony in the capital.

“Soon afterwards we were pulled into World War II, with all its consequences, and Austrians were massively involved in the crimes of National Socialism. This all became part of our history, and this is still painful to this day.”

Three days after the entry of his troops, Hitler gave a speech in Vienna – the city he had left in 1913 as a failed artist – to a jubilant crowd of 250,000 people. A plebiscite soon afterwards sealed the annexation.

Among Austria’s vibrant Jewish community, 66,000 were subsequently murdered and 130,000 forced to flee. Around 20,000 Austrians were killed in the Nazi’s “euthanasia programme” targeted at the mentally handicapped and 90 percent of the country’s Roma and Sinti perished, Fischer said.

Fischer, who also laid a wreath at a monument to victims of fascism and war, said that the system of Nazi totalitarianism “could only come about through the cooperation of fanatics, followers and collaborators, as well as deliberately turning a blind eye.”