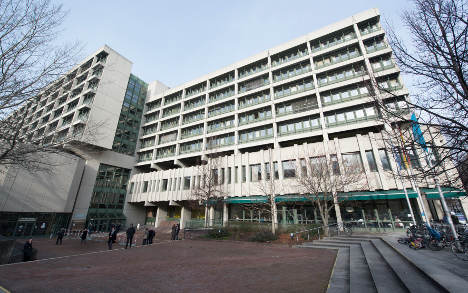 “The NSU murdered six Turkish citizens and two Turkish-born people,” said Sebastian Edathy, head of the parliamentary investigative NSU committee, in the Süddeutsche Zeitung newspaper on Friday. “Is the Turkish ambassador supposed to wait in the queue of visitors, along with neo-Nazis, who want to come to the trial?”

He added that in other cases with state security implications where foreign nationals had been murdered, it was standard procedure to make room for diplomatic representatives from the country in question.

Describing the Munich court’s decision as an “affront” to the justified interests of Turkey’s representative in Germany, he said he would take up the matter with the Foreign Ministry.

The Bundestag committee had written to the court asking for seat reservations for the ambassador and a representative of the Turkish parliament’s human rights committee, only to be told by the court’s chairman of state security Manfred Götzl that no guarantees could be made, because room was limited. Götzl added that the two Turkish representatives would be free to come to court with other members of the public.

The courtroom has around 200 seats, but because of the large number of joint plaintiffs in the trial, which begins on 17th April, only 50 are available to the public, while another 50 are reserved for the media.

Edathy underlined that while he did not want to criticize the presiding judges, but “clearly the court is not considering the foreign policy implications.”