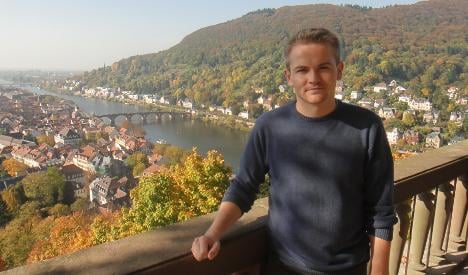 Working on his PhD at Germany’s oldest university, the 26-year-old Polish-German from Upper Silesia picked Heidelberg, the historic centre of German romanticism, as his academic base for the next few years.

What makes Heidelberg special for you?

A small town will not appeal to everyone. Larger places have a greater sense of anonymity. But Heidelberg enchants people because there’s a sense of zeitgeist here that you can really feel. It has a history you can witness everywhere but also an amazing geographic location. It lies in a valley between two hills, atop one of which are the castle ruins. It is this combination of history, culture and geography and the resulting mix of people it attracts, not to mention the fact that it has the oldest university in Germany, that make Heidelberg so special for me. Here you can always meet someone from your home country, however remote that may be.

What is your favourite local festival or event?

I enjoy and highly recommend the Theatre Days in October, during which every theatre in Heidelberg opens its doors and street shows take place in various outdoor locations.

The annual Mannheim-Heidelberg Film festival in November is also worth visiting. It’s a celebration of world cinema and attracts some high profile visitors each year to its picturesque location alongside the castle ruins.

In August the city is filled with hundreds of students attending Germany’s biggest and one of its oldest summer language courses, who run around like lost souls for the first few days until they find their way around. I was one of them.

What’s your favourite place to eat?

If I want a cheap meal in good atmosphere I always head to the Mensa, or canteen. There are three in Heidelberg but the Marstall in the heart of the Old Town is the most famous. In 2011 and 2012 it was voted the best student Mensa in Germany by students themselves. Open till 1am, it is as much a meeting-place as it is a canteen. In the same way that you see familiar faces while walking around Heidelberg, you are also bound to meet someone you know every time you go to the Mensa.

For a cultural fix I visit Schnookeloch. This is one of Heidelberg’s student fraternity bars, where you can sit alongside those who were at one point members of the ancient German tradition. Their symbols adorn the walls and a piano always plays in the background. If you order some Flammkuchen and a glass of Hefeweizen beer you’ll immediately feel the atmosphere.

Where do you usually go to have a drink?

Heidelberg offers an almost endless selection of bars and cafes. I hear that even after years you can discover a bar here that you never know existed.

Unterestraße, which runs parallel to the main shopping street, is the first port of call for most. Bars such as Destille and Betreutes Trinken (which translates as “guided drinking”) are packed so full of people on Friday and Saturday nights that you’re pretty much forced to make friends!

For something more relaxed I like to go to Vetter, a bar with an onsite brewery producing delicious beer according to traditional recipes. In the summer months I buy a small barrel and head over to the Neckarwiese park to sit alongside the river with friends.

What’s the best way of exploring the surroundings?

If you’re feeling lazy you can simply hop on the number 5 tram, which takes you through all the surrounding towns and villages on its way to the nearby city of Mannheim. I’d also recommend a boat trip on the Neckar, which takes in some amazing views.

To experience the countryside it’s enough to simply choose a hill and walk ahead, using your inner compass. As crazy as it sounds, this is the best way to discover the tranquility and beauty of the surrounding area. The further up you go, the more involved you’ll become with the nature.

There are also set routes such as the famous Philosopher’s Walk, although the amount of tourists you encounter along the way makes it impossible to really “get away from it all”. Along this route, the legend goes, Heidelberg’s philosophers and university professors walked and discussed ideas of the time.

Can you tell us something about Heidelberg that only locals would know?

A lot of anecdotes about Heidelberg either come from or are associated with the American writer Mark Twain, who stayed here for three months some century and a half ago and even spent some time in the student prison.

One interesting fact is that the cellars of Heidelberg castle are home to the world’s biggest wine barrel, apparently constructed out of 130 oak trees and topped with a dance floor. 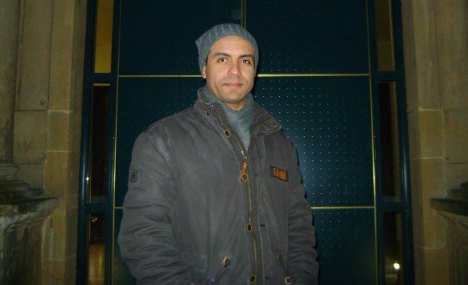 TRAVEL
‘You don’t feel the cold in Osnabrück’ 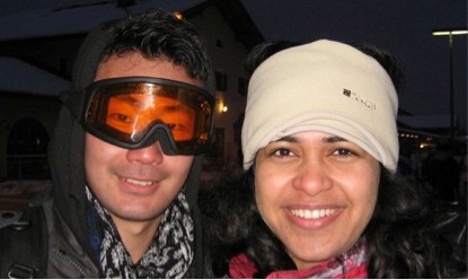 TRAVEL
‘Munich is still just a village for many people’

TRAVEL
‘You don’t feel the cold in Osnabrück’

TRAVEL
‘Munich is still just a village for many people’
Url copied to clipboard!