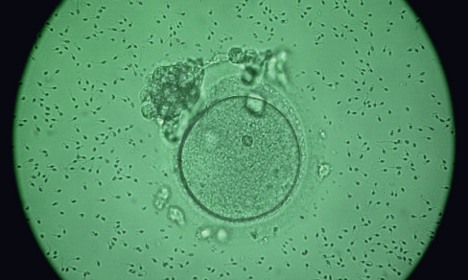 Last month, a regional appeals court in Hamm, North Rhine-Westphalia decided in favour of a 22-year-old woman asking for permission to override the confidentiality agreement a clinic had granted her father.

But the possibility of being tracked down by their anonymous offspring has had little effect on Germany’s sperm donors, with no apparent change in the number of men coming to swap their DNA at a Hamburg clinic for €65 a pop – or €80 if they had to come from a distance.

Yet head of the laboratory at Hamburg’s institute for reproductive medicine and cryogenic conservation (IRC) Heike Schultze-Jena maintained that most men do not do it for the cash.

Motivation tended to be similar to that of giving blood, she said. “Lots of men want to help other people,” she said. Another oft-cited reason was the desire to have children without the responsibility of being a proper parent.

The idea of a child contacting a donor in the future was, therefore, rarely a deterrent, Schultze-Jena added. And indeed, around 1,000 children are born from donated sperm each year in Germany.

In 1989, a federal court said that access to a person’s own genetic heritage was a personal right. However, a legal ruling about documenting donor details was never drawn up.

This then changed in 2007, so that details of each donated sperm sample, which is considered tissue donation, has to be kept for 30 years. But this was not undertaken specifically to enable donor children find their biological fathers, rather to be able to screen for and track diseases.