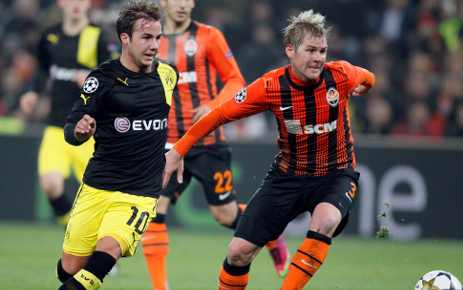 ZDF, the go-to channel for terrestrial Championships League coverage in Germany, is not allowed to show the much-anticipated second leg match, which could secure Dortmund a place in the quarter final – the first time the current German champions have got this far in 15 years.

The broadcaster’s spokesman Thomas Stange explained that there was an existing legal agreement meaning the channel has priority over football matches on Wednesdays. “Our hands are tied…we can’t change to Tuesday just because Dortmund are playing,” he added.

Instead, ZDF will air a game between Paris Saint-Germain and Valencia on Wednesday, which is unlikely to interest as many German viewers. Over the season the channel is contracted to show 18 Champion League games.

“I’m sorry for the fans,” said Stange. “Of course this game would have been the much more interesting one, but the situation is unfortunately what it is.”

The first leg of the match, which was broadcast three weeks ago, attracted some 7.52 million viewers, comprising a market share of almost 25 percent.

Dortmund drew 2-2 with Shakhtar Donetsk in the first leg thanks to a late header from Mats Hummel. But the celebrated centre back player is in doubt for this match as he is suffering from the flu, Dortmund coach Jürgen Klopp said.

The 24 year-old has already missed both last Wednesday’s German Cup defeat at Bayern Munich and Saturday’s 3-1 home league win over Hannover 96, with his Brazilian replacement Felipe Santana failing to impress.

Dortmund have a strong home record in Europe this season with group stage wins over Ajax, Manchester City and Real Madrid. Midfielder Mario Götze said the German champions are relishing the challenge.