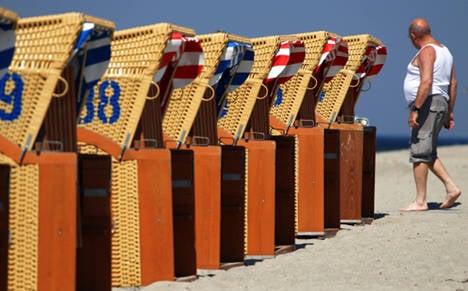 Holidaymakers in 2012 clocked up 407.3 million overnight stays in Germany’s accommodation options, putting the country ahead of Spain with 383.7 million stays and Italy, with 376.6 million.

Totted up by the German Tourism Association (DVT), the figures also suggested that the country’s hotels, B&Bs and camping sites were receiving more visitors than before. In 2012, there was an increase of 3.6 percent, or 14 million more stays, compared with 2011.

Meanwhile the number of people holidaying in Spain dropped by 1.6 percent, though the country remained the second highest in Europe. The drop even sharper in Italy, with a 3.1 percent fewer stays.