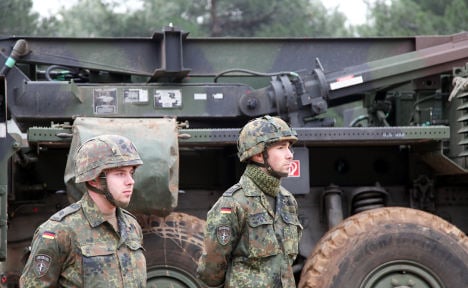 A majority of the 400 German troops sent to Turkey in December as part of a NATO mission deploying Patriot anti-aircraft missiles to defend the Syrian border said Turkish soldiers did not treat them as welcome guests and were “rarely helpful,” wrote Der Spiegel magazine on Saturday.

Not only that, but the soldiers often felt they were being persecuted by the Turkish army on purpose, according to a report presented to parliament on Friday.

Cooperation between the Bundeswehr soldiers and local forces is “overwhelmingly perceived as problematic,” wrote parliamentary commissioner for the armed forces Hellmut Königshaus, who has just returned from an inspection of the troops.

A general ban means Turkish troops are not allowed to make any contact with the Germans and will be immediately disciplined if they do. Meanwhile, the Germans have only been granted restricted movement outside the camp in Kahramanmaras – confined to a “Green Zone” in the centre of town, said the report.

German military police said they had been told they must keep a low profile and are not allowed to carry weapons outside camp or drive in their khaki jeeps, wrote Königshaus.

Bundeswehr soldiers said conditions in the camp were unacceptable, with toilets in the main headquarters said to have been at times knee-high in faeces. Turkish customs also often prevented the military postal delivery from arriving for days or even weeks, they said.

Königshaus also reported several incidents of bad treatment against the Germans by the Turkish commanding officer in charge of the barracks, wrote the magazine.

Ahead of a visit by German Defence Minister Thomas de Maizière at the end of February, for example, the officer ordered the Germans to take down all German flags in the camp, and told them it was still a Turkish barrack.

Just before the minister arrived, a young German military policewoman attempted to block a road for the minister’s convoy. She stopped a limousine carrying the commanding officer – a general in the Turkish army.

German soldiers who witnessed the incident said the commanding officer then flew into a rage and started a shoving match with the woman, which escalated until troops stepped in to protect her. Several injuries later documented by a doctor support this version of events, which the magazine said differed in tone to the official version.

A Defence Ministry spokeswoman said they were taking Königshaus’ report very seriously and were looking into the accusations.