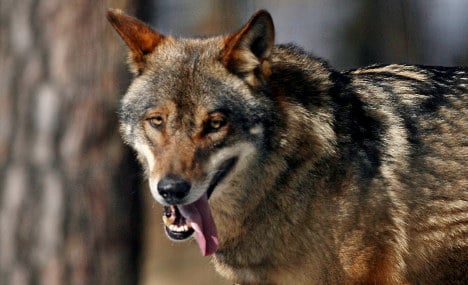 Nestled in the forested Saxony countryside in the land that bore the storytelling Brothers Grimm, Rietschen boasts a human population of just 3,700 – and also the vast majority of the wolves registered in Germany.

“Rietschen has lived with the wolf longer than anywhere else in Germany. Its presence here has now become normal,” said Vanessa Ludwig, a biologist at the region’s official wolf information office that monitors the animal.

With its vast pine forests and lakes, rich fauna, deer and boar as well as a huge military training site, the Lausitz region, about 200 kilometres (124 miles) south of Berlin, was the first place that proved suitable for grey wolves exploring from further East.

Undeterred by the noise of diggers at nearby coal mines or shots from the military, 13 of the 19 packs — classed as a pair of wolves having had at least one cub — or wolf pairs currently registered in Germany live in this region.

But it wasn’t always the case. All but extinct in Germany in the mid-19th century, the fortunes of the wolf changed when it became one of the species protected under the 1979 Bern Convention, which Germany and most of Europe has ratified.

When, however, in 2000, images of a pair together with their cub crossing into Germany from Poland were shown on television, fears harking back to the image of the fairytale figure, the Big Bad Wolf, were aroused.

“Everyone has heard the story of ‘Little Red Riding Hood’ and the Big Bad Wolf. It stays with you,” Jana Endel, a ranger from the information office, said, recalling heated community meetings about the wolf’s return.

“We had quite simply forgotten how to live with the wolf.”

To allay fears, the information office and their counterparts from the LUPUS observatory of wild fauna organised hundreds of meetings to pass on information.

Today locals are aware that wolves pose no danger to humans — no one in Rietschen has been attacked by one of the animals in 13 years. Sheep and goats have on the other hand fallen prey, with around 50 attacked in the region in 2012.

But, paradoxically, a farmer who lost 33 animals in two attacks in 2002 helped calm the waters by passing on his expert knowledge and experience in security matters to others, Endel said.

Having come to be known as “Wolf Town”, Rietschen has reaped the benefits of its new residents too, using it as a marketing tool to attract tourists who track wolves on foot or by bicycle.

“The wolf has brought us more than it has damaged us,” mayor Ralf Brehmer said.

Nevertheless, even if the wolf is no longer the main talking point among villagers, it still has opponents. “Some hunters complain that they eat their game,” he added.

And some desire their pelts to the extent of killing the animals for them, with three such cases reported in the region since 2000 where the perpetrators have not been tracked down.

While the wolf population remains on its guard, few people can boast to ever having come across one of them. “That would be like having all six numbers come up in the lottery!” the mayor said.

But the wolf makes its discreet presence felt by what has to be cleaned up from the pavements of Rietschen the morning after its night-time prowling.