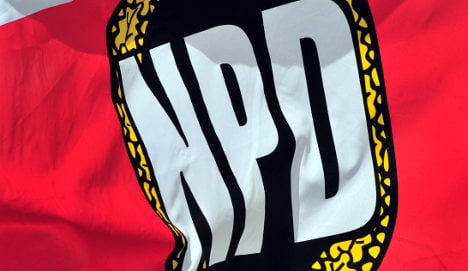 “The payments were stopped,” a parliamentary spokesman was quoted as saying by the online version of Der Spiegel magazine, meaning the far-right party will not receive the €113,000 sum for the year 2012.

The party had failed to pay a €1.27 million fine to the parliament for mistakes in its accounts, the spokesman said.

All parties in Germany receive 85 euro cents for every vote they get in European, legislative and regional elections, which drops to 70 cents once they have four million votes or more.

According to Der Spiegel, NPD spokesman Frank Franz said he was unsurprised by the decision which he believed to be a way of blocking the party from standing at this September’s general election.

On December 14, Germany’s upper house the Bundesrat started proceedings to have the NPD banned from political life over alleged links to a group accused of racist murders. A previous attempt to ban the party in 2003 failed amid embarrassment for the security services.

Founded in 1964, the NPD has a mixed base of young right-wing members and Third Reich nostalgists. Though it has no members in the national parliament it has a significant presence in poorer areas of eastern Germany.