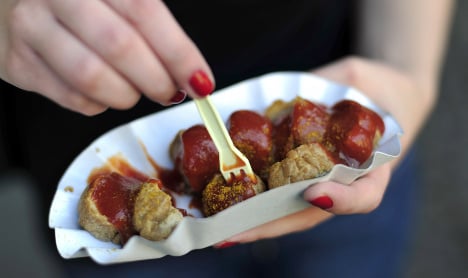 Job stress and bad habits have resulted in poor food choices for millions of Germans, according to a Forsa study conducted on behalf of the Techniker Krankenkasse, a large statutory health insurer.

The biggest culprits are men, young people and low-wage earners. They tend to reach for a sandwich on the run or a fatty sausage at dinner more than others, the study showed.

Those who earn no more than €1,500 per month eat meat on a daily basis, the study said. German nutrition experts encourage more fruit and vegetables and believe meat consumption should be limited.

Every third working person complained that eating healthy is impossible at the workplace. Every second person said there isn’t enough time during the break to eat in a relaxed manner.

One out of every two Germans say they don’t have the time or piece of mind to eat correctly, but willpower is often lacking, the study showed.

Dr. Ute Gola, a nutrition expert, says in many companies, workers are not drinking enough because they fear not having enough time to go to the bathroom.

Meals are accompanied by television in 15 percent of the households with two children. Overall one-third of those surveyed have the TV running during a meal.

Four out of 10 people surveyed eat frozen pizza or canned soup as their “meal” at least once or twice a week. One out of every three people under 25 surveyed eats fast food at least three times a week.

On the positive side, 80 percent said they eat vegetables at least three times a week and 74 percent of women and 52 percent of men said that ate mainly healthy foods.