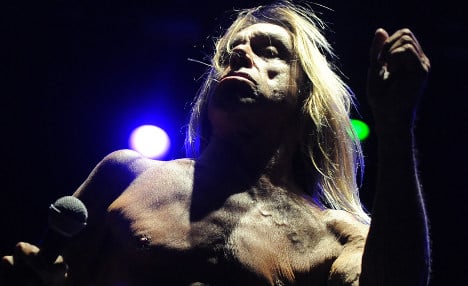 Hope you have a ticket, sir. Photo: DPA

Pop spent several years in Berlin during the 1970s after following David Bowie there from the USA, where he had been struggling with drugs.

The German woman he spent seven years with, Esther Friedman said this week that The Passenger, one of Pop’s greatest hits, was a “hymn to the Berlin S-Bahn.”

She said he went on a trip on the train nearly every day when he was living in what was then West Berlin.

“The trips inspired him to write the song, particularly the stretch out to Wannsee,” she told Die Zeit weekly newspaper.

And anyone who has taken the long trip on the S1 line to Wannsee might get see it differently if they listen to The Passenger, and its talk of riding through the “city’s backsides.”

It might be possible to “See the bright and hollow sky” and the “stars that shine so bright”, as well as the “city asleep at night.”

But listening to the song might raise the question of how many drugs Pop was still taking while in Berlin, as the lyrics also speak of the “winding ocean drive”. Wannsee might be a large-ish lake, but an ocean it is not.

Bowie released an updated ode to Berlin in January, in his song Where are We Now?, which name-checks a host of his hang-outs when he was there with Pop.