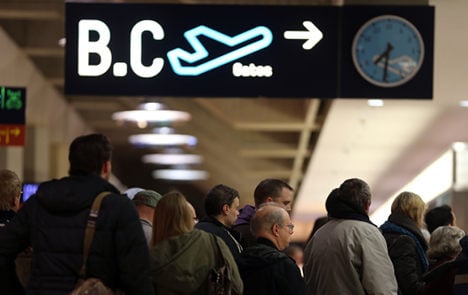 Strikes were set to end at 10am and in Cologne-Bonn after they began at 3:30am, meaning 13 of 26 flights scheduled to leave and eight scheduled to arrive had been cancelled, affected more than 2,000 flyers. Düsseldorf was more heavily affected thought with 72 flights cancelled.

The airport was supposed to have 147 flights leaving between the beginning of the strike at 4am and the end at 10am, affecting around 136,000 passengers.

Led by trade union Verdi, the strikes are part of a nationwide push for higher pay and better working conditions for security staff. Starting last month airports in Hamburg and North Rhine-Westphalia have repeatedly ground to a halt because of the labour dispute.

In Cologne and Düsseldorf alone, this is the third time that strikes have affected traffic. But this round were set to end at 10am “out of consideration of the passengers” a Verdi spokesman said.