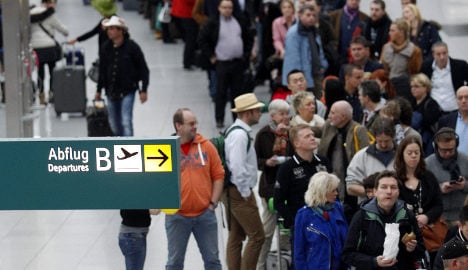 At Cologne-Bonn just one of 15 security checkpoints were open creating enormous delays, and leading managers to cancel nearly half of the 200 planned flights. At least 10,000 passengers were affected.

Hamburg was hit for the second day in a row after having been targeted along with Düsseldorf on Thursday.

Airport management have openly criticized the strikes and have called on all parties involved to come to an agreement quickly.

Security staff are pushing for an hourly wage of €14.50 and better working conditions. The federal association for safety BDSW offered them €12.50 from March and then €13.50 from January 2013 – but this was rejected.

At the end of January security staff held strikes, throwing Hamburg, Düsseldorf and Cologne/Bonn airport into chaos for several days.