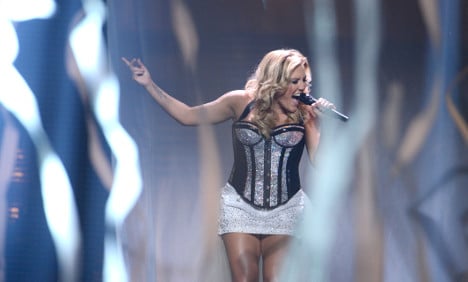 The Bavarian brass band LaBrassBanda came close to being picked, but was ultimately beaten by the dance band Cascada at the show in Hannover.

“I am unfeasibly happy, I cannot stop beaming,” said singer Natalie Horler. She will represent Germany at the May 18th show in Malmö, Sweden.

The 31-year-old is no debutant on television, having served on the jury of the casting show “Germany seeks a superstar”, and a veteran of the pop-dance scene having sold millions of songs over the last decade.

The candidates were varied, with the soul-ska style of Die Söhne Mannheims, albeit without star singer Xavier Naidoo, and the pop duo Nica & Joe as well as a choral number from Mocja Erdmann & Die Priester and the Swedish native Betty.

State broadcaster ARD changed the process of picking the entry after splitting from its previous partnership in all things Eurovision, ProSieben.

The Raab-steered casting show used to pick 2010 Eurovision winner Lena Meyer-Landrut and 2012 eighth-placed Roman Lob were ditched in favour of a complicated combination of radio audience, television audience and a five-member jury.