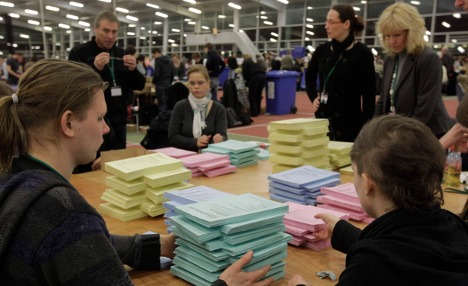 The northern city-state follows Bremen and Brandenburg as the third German state to introduce voting rights for 16- and 17-year-olds for district and state matters.

Schools will inform the teenagers about their rights and duties, Die Welt newspaper said on Thursday. The idea is to generate interest among younger people in democracy and active involvement in politics, said Bärbel Duden, constitutional expert for the Social Democratic Party (SPD).

“First-time voters are the main focus and they will be well prepared for the vote with special lessons,” added Christiane Blömeke, children and youth expert for the Greens.

The ruling SPD managed to gather the two-thirds majority in the stat parliament to pass the law with help from the Greens and Left Party, while a number of representatives of the Free Democrats also supported the measure.

The new law also extends the parliamentary period from four years to five, bringing Hamburg into line with all the other German states. The next state election in Hamburg will be in 2015.