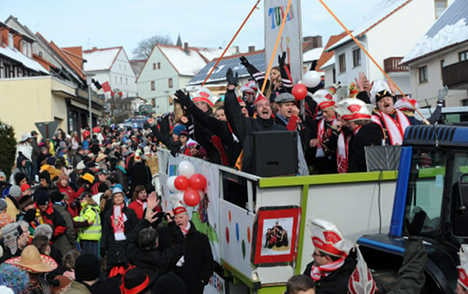 Cologne wrapped up the annual weekend of madness with a 7.5 kilometre-long parade of 150 floats which trundled through the city for the enjoyment of thousands of revellers braving freezing temperatures on Monday morning.

As every year, themes of irreverent political satire dominated the parade, with Chancellor Angela Merkel as the favoured muse for float artists. One depicted the German leader as a mother sow with piglets painted with the flags of EU countries suckling from her multiple teats.

In Düsseldorf, Merkel was paraded through the streets with a Hitler-esque moustache being drawn on by a Greek.