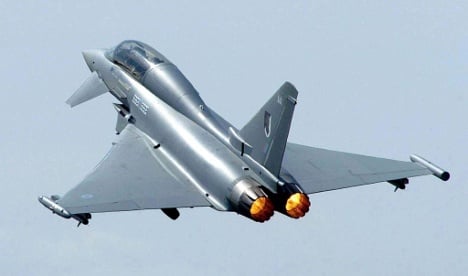 The RAF’s Police Special Investigations and Intelligence Branch said it had questioned a man over alleged offences between 1981 and 1989. He was stationed at the now-closed Gatow RAF base in what was then West Berlin.

“A man in his early 60s from the London area has been interviewed by the RAF Police regarding allegations relating to the sexual abuse of children whilst he was serving in the RAF,” said Wing Commander Mike Dixon, who is overseeing the investigation.

“Anyone who served at, or had connections with, the former RAF base at Gatow during the 1980s and early 1990s, who believes that they have any information relating to the alleged offences, is urged to contact us in

British personnel left the Gatow base in Berlin in 1994, and the site is now home to the German Air Force museum.

Britain, the United States and France have stationed troops in western Germany since the end of World War II and it was an important base for the NATO allies during the Cold War.

Britain still has around 16,000 soldiers in Germany based in the Rhine area but plans to withdraw the final troops by 2020.