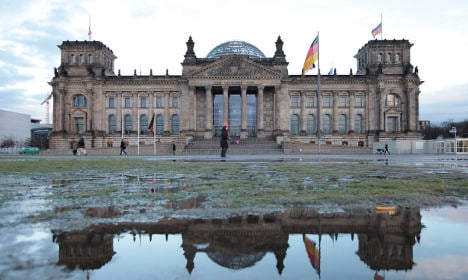 The weekly “DeutschlandTrend” survey for public broadcaster ARD put Merkel’s conservative CDU/CSU bloc on 39 percent, down one percentage point from a week ago. The centre-left SPD gained two percentage points to register 29 percent.

However, Germany’s complex coalition-based political system means that although Merkel is likely to remain chancellor, if the polls stay the same, she may have to change coalition partner.

Her current partner, the pro-business Free Democrats, polled four percent, according to the Infratest dimap survey, leaving them just short of the required five percent for parliamentary representation.

The SPD’s preferred partner, the ecologist Greens, polled 15 percent of the vote in the survey, giving them a combined total of 44 percent, meaning the race could yet be very close.

Merkel has suffered a series of political setbacks since the beginning of the year.

In January, her conservative bloc narrowly lost a key regional election in the northeastern state of Lower Saxony after a decade in power.

And in recent days, Education Minister and close ally Annette Schavan has come under pressure to resign after being stripped of her doctorate when her former university concluded parts of it had been plagiarised.