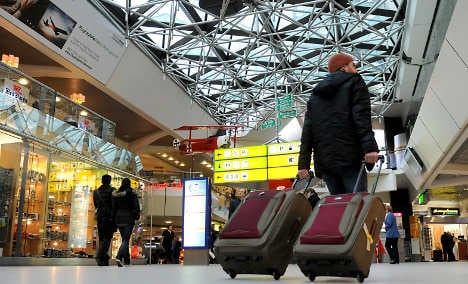 Tegel Airport should already have closed down last June, and has long been deprived of investment as all attention and money has been focused on efforts at the new BER terminal being built near Schönefeld Airport, daily newspaper Bild reported on Friday.

But the severe problems being experienced there mean it is not expected to open for possibly another two years, leaving Tegel and Schönefeld to handle air traffic in and out of the city. Tegel as it is will not cope for that long, the paper said.

Now Berlin airport technical boss Horst Amann is preparing to invest €30 million in Tegel’s infrastructure, the paper said it had learned from sources in the supervisory board which oversees the corporation running all the city’s airports.

This €30 million will pay for a general overhaul of the main building, the construction of new toilets and parking spaces as well as the installation of new information boards and a renovation of air conditioning and heating systems, the paper said.

A further €20 million is being earmarked to change Tegel’s Terminal C in order to reduce waiting times including more check-in counters, security areas and baggage carousels.

A corporation representative told Bild: “Discussions of these measures have not yet been conclusive. They are still being checked.”

On Thursday, the head of the Märkische sewage association was suspended after being accused of corruption in connection with contracts to work on the new airport. He and a businessman have been in investigative custody since January 24th.