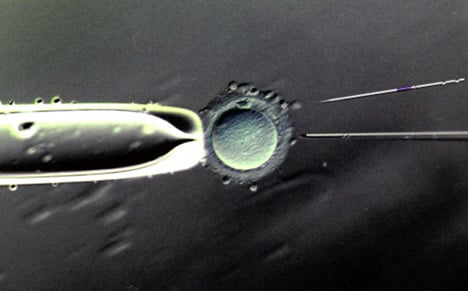 This means that the woman, identified only as Sarah P., now has the right to override the confidentiality the donor was granted, the Hamm higher regional court in North Rhine-Westphalia ruled.

The Essen regional court had previously denied her legal permission to find out who her biological father was after discovering four years ago that the man who had raised her had not fathered her.

Despite the ruling Sarah P. might not find her father, as the Essen-based reproductive specialist doctor who performed said that he no longer had the information.

If the defendant chooses to use the power she now has to demand the details from the doctor he must provide them or could face a fine, or even time being held in custody, if he did not, Der Spiegel news magazine reported.

In 1989 Germany’s federal court said that access to your own genetic heritage was a personal right. However, a legal ruling about documenting donor details was never drawn up.

This then changed in 2007, so that details of each donated sperm sample, which is considered tissue donation, has to be kept for 30 years.

But this was not undertaken specifically to enable donor children find their biological fathers, rather to be able to screen for and track hereditary and infectious diseases, said Andreas Hammel, a reproduction doctor from Erlangen told Der Spiegel.

Around 100,000 people in Germany are thought to have been conceived via anonymous donor.