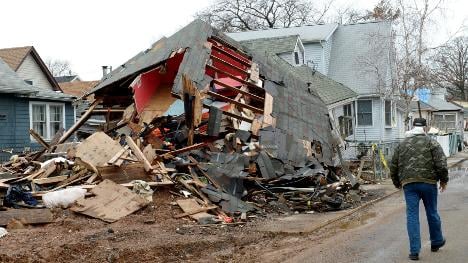 Munich Re said in a statement it booked net profit of €3.2 billion ($4.3 billion) last year, compared with €0.71 billion a year earlier.

“Our core business in insurance and reinsurance is healthy, while the claims burden from major losses was slightly below average. We also achieved a good investment result,” Schneider said.

Munich Re said its natural catastrophe losses amounted to €1.3 billion last year, with Hurricane Sandy being the year’s biggest loss event costing the group around €800 million before tax.

The year before, natural catastrophe losses had been as much as €4.5 billion in the wake of the earthquake and tsunami in Japan, earthquakes in New Zealand and floods in Thailand.

“2012 thus brought good progress,” he continued and added that the dividend would be “substantially increased” to €7.0 per share for 2012 from €6.25 a year earlier.

In the fourth quarter alone, Munich Re sustained a 23.9-percent drop in net profit to €480 million owing to writedowns and restructuring costs.

Operating profit, on the other hand, doubled to €1.6 billion in the October-December period on a 4.5-percent increase in gross premium income to €12.9 billion, Munich Re said.