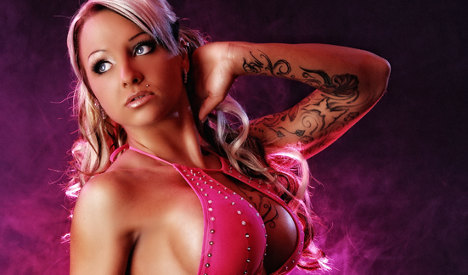 Unfortunately, the doctor had switched off monitor alarms during the surgery. Cora had a heart attack on the operating table in November 2011 and fell into a coma before dying in the following January.

But he rejected calls to ban the doctor from working again, saying that would be an overreaction.

What happened was, “a unique, albeit terrible mistake that you made,” he said, addressing her directly. She had failed to correctly watch over Wosnitza’s breathing and had not realised for a long time that there was a problem.

But he saved his harshest criticism for the private clinic which had carried out hte operation. He said it seemed as if equipment and staff were minimised in order to maximise profits, and expressed doubts that the case would lead to a change in such cosmetic clinics.

“It is rather to be feared that things will simply continue as they are,” he said.

Wonitza’s widower’s lawyer had been pushing for the accused to be banned from working as a doctor. She had failed to notice that the patient was twitching under her air mask in time.

He also claimed that she turned off the alarm on the breathing monitor, to avoid being distracted. Conditions at the clinic were, the lawyer said, “horrifying” – there was a serious lack of staff and patients were regularly at risk during operations.