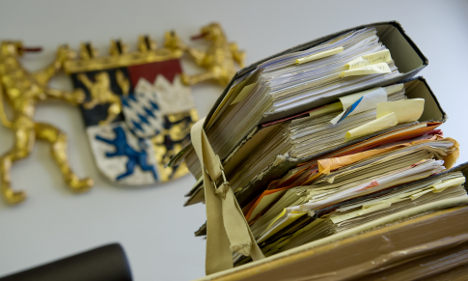 “My daughter is in the eyes of many people already condemned,” she said. “I’m of the opinion that it is no longer about investigating the case objectively,” Annerose Zschäpe told the magazine. Her family’s situation is “very difficult,” she said.

Her daughter will have to answer to a Munich court on 10 charges of aiding or assisting in the 10 murders tied to the National Socialist Underground (NSU), a neo-Nazi group.

The older Zschäpse also said some in Germany want to turn the trial into a show process and a forum for the radical right.

That has a lot to do with the media, she said. “Part of what I told the police has been inaccurately repeated in the press or it has been taken out of context,” she said.

The 60-year-old said she has a lot to say that will make things clear but she did not want to make further comments before the murder trial of her daughter begins on April 17th.

The trial will have limited public access, with 50 journalists and 50 members of the public allowed in, the Süddeutsche Zeitung reported on Saturday. The court rejected a request to allow a live transmission of the proceedings to another room.

“We are undertaking a rule of law procedure and not a show process for the public,” said Karl Huber, the president of the upper regional court where the trial will be heard.

“We are not holding the trial in a soccer stadium, as totalitarian regimes do,” he said.

Huber emphasized that the trial is a German trial according to German law – even though there is a lot of international interest in it.

He acknowledged that the Norwegian trial of mass murderer Anders Behring Breivik in Oslo set the standards for transparency, but the Munich court cannot replicate that.

He said security was a top priority – not only for a few weeks but for the whole year – and the court had to take special precautions so the trial would not become a platform for radical right sympathisers.

“We will not allow the NSU trial to turn into a spectacle for the radical right,” he told the magazine.

Zschäpe is accused of helping Neonazis Uwe Böhnhardt und Uwe Mundlos in 10 murderers, nine of which involved the killing of people with an immigrant background. The two killed themselves in November of 2011.