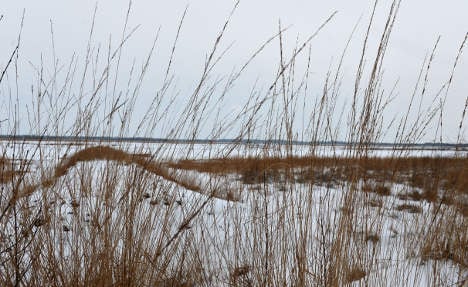 Part of the problem, environmental experts told the paper, stems from marsh destruction for the gardening industry. For years the rich top soil has been cultivated and sold to home gardeners and others.

But a bigger problem, according to experts from Aktion Moorschutz an environmental group, is the agricultural industry. Some 95 percent of Germany’s marshes are considered destroyed, and much of this is due to agricultural practices, which involve drying out the areas and using them for fields.

This not only destroys valuable habitat for native birds and other animals but has a devastating effect on climate change.

In the 1970s Germany signed off on an International Wetlands Convention, agreeing, among other things, to protect its marsh lands.

In 1997, February 2nd was proclaimed the day to remember wetlands protection and the signing of treaty, which is now more than 40 years old.

Despite all this environmental experts have not seen big progress when it comes to protecting marshes.

“At the moment we have a bit of momentum, but the efforts over the last years are insufficient,” Nabu marsh expert Felix Grützmacher told the paper.

The World Wildlife Fund is also urging Germany’s federal and state governments to do more – especially when you consider the costs.

In an effort to raise money, climate certificates are now being offered in Bremen and northwestern Lower Saxony. For €20 people can buy a symbolic piece of the marsh, which will store over a period of 20 years one ton of greenhouse gases.

There are 2,675 certificates available for purchase beginning this spring. If they are all sold some 230,000 square meters in the Dorümer Marsh near Bremerhaven will be replenished.

In the fall of 2011 Mecklenburg Western-Pomerania started offering the certificates and they were made available in Brandenburg last year.