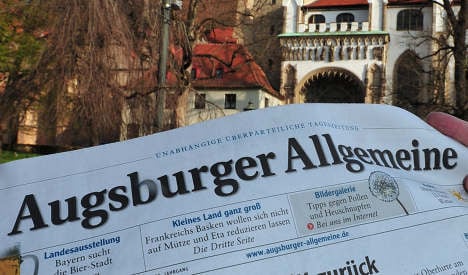 The anonymous reader of the Augsburger Allgemeinen newspaper left in vicious comments online directed at Volker Ullrich, an Augsburg conservative politician who had a hand in planned changes to handling street prostitution last autumn.

Deeming the comments libelous, Ullrich demanded the contact details of the user so he could press charges.

As comments on articles can be left anonymously, which the user had done, the politician couldn’t sue his online opponent. But the paper said giving the details away was against readers’ data protection rights.

So on Monday afternoon police arrived at the Augsburger Allgemeinen with a search warrant from court and demanded the editorial team hand over the files.

Outrage on Twitter and Facebook soon followed, then later that night Ullrich said he would not be pressing charges after all – as long as the anonymous commenter apologized to him.