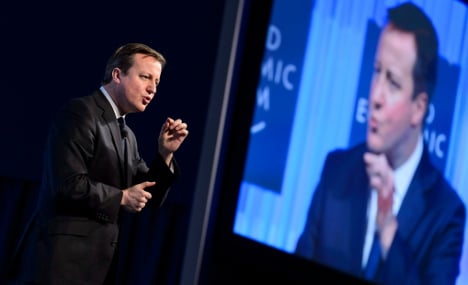 “He who lock stock and barrel damns Cameron’s idea of a referendum over Europe only increases mistrust of Europe – as if Europe has to hide itself from the people,” Dobrindt told Der Spiegel news magazine.

Cameron had “made many points which would really advance Europe,” in his speech, said Dobrindt – such as strengthening national parliaments, the return of some competencies and more transparency in the Brussels authorities.

The CSU has previously itself repeatedly called for a German referendum in the case of future transfer of sovereign powers to Brussels.

Cameron announced last Wednesday he would organize a British referendum on whether the country wanted to be in or out of the EU, a move designed to pacify elements of the British political spectrum, but one which angered other European leaders.

German Foreign Minister Guido Westerwelle said the UK could not simply cherry-pick the bits of being an EU member it wanted and reject the rest – a view also held by Dobrindt.

“It is clear that in an optimized Europe there will be no place for special rules for some – even something like a British rebate,” he siad.

Cameron also received support from Bavaria’s Economy Minister Martin Zeil from the business-friendly Free Democratic Party (FDP), the party in coalition with the CDU and CSU on a national level.

“The Britons have had to accept painful financial cuts in order to stabilize their budget,” said Zeil. “One can well imagine their frustration when they see that other states react much laxer to their desolate financial situation.”