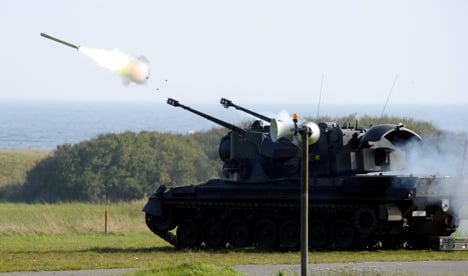 Various members of Germany’s governing centre-right coalition of Christian Democrats and Free Democrats (CDU-FDP) reacted against a report in the Süddeutsche Zeitung newspaper on Friday that the country’s defence budget would have to be cut by €2 billion for the 2014 budget, which is currently being negotiated.

“I consider the cuts on the order of €2 billion in the defence budget as hardly possible,” FDP defence spokeswoman Elke Hoff. “The budget is already very tight.”

“If a future government agrees to offer support for further international missions, like the recent one in Mali, then it’s clear that such operations cost money that will come out of the defence budget,” she added.

Norbert Barthle, chief budget expert for the CDU, said, “I’ve got no time for overhasty detail-debates.” At the moment it was just about getting the cornerstones of next year’s budget, he added.

It was reported earlier this week that Finance Minister Wolfgang Schäuble would be looking to save €6 billion in the 2014 budget, and that all the ministries would have to make sacrifices.

The various ministries are due to meet on January 31st to present their cut suggestions. The German government also revealed this week that it had plans to buy armed Predator drones.