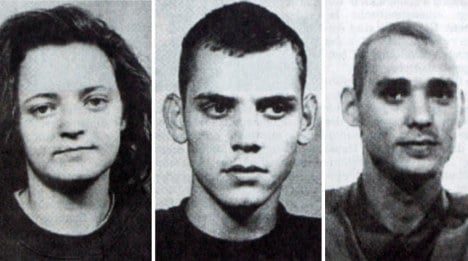 Hajo Funke, a political scientist at Berlin’s Free University, has been advising the parliamentary committees currently investigating the police’s failure to track down the NSU, which up until now has been reported as having three members: Uwe Mundlos and Uwe Böhnhardt, both dead, and Beate Zschäpe, currently in custody.

He said the evidence that more people were actively involved in terrorist activity was overwhelming, and he named the murder of policewoman Michèle Kiesewetter in 2007 as one example.

“Several witnesses reported separately that they saw two males with bloody clothes fleeing frantically, and another three people who helped them to escape,” he said in an interview with news agency DPA.

Federal prosecutors are currently working on the assumption that Zschäpe was the last surviving member of the gang. She gave herself up a few days after Mundlos killed Böhnhardt and then himself in a camper van surrounded by police in November 2011.

Zschäpe is facing trial in Munich for her part in ten murders carried out from 2000 to 2007, while four other people have been charged with helping the group. But Funke believes that the border between “accomplice” and “co-perpetrator” was often very fluid.

“The role of supporter or helper went a long way for some people,” he said. The former National Democratic Party official Ralf Wohlleben was “not just a political comrade, but a close personal friend” to the group. “There’s a good reason why he’s still in custody,” said Funke.

Funke’s statements are significant in light of a recent court ruling that allowed the conditions of Zschäpe’s imprisonment to be eased, on the grounds that, as the last living member of the NSU, she is unlikely to commit further acts of terrorism.

Funke also had harsh criticism for Germany’s security forces. While the cross-party efforts of politicians to uncover the details of the botched investigation constituted “democracy’s finest moments,” he added, “The investigation is being thwarted by a sometimes massive blockade by a part of the security authorities.”

Four parliamentary committees (one federal, and three state ones in Bavaria, Thuringia and Saxony) are currently trying to assess why the security forces were unable to catch the NSU in over a decade of investigation, despite the help of scores of publicly-paid informants in Germany’s far-right scene.

Of these, Funke said the Saxony committee was having the biggest obstacles put in its way. “The pressure from politicians, the media, and the public needs to be significantly increased,” Funke said. Only then can what he calls the “biggest security scandal in the history of the Federal Republic” be cleared up.