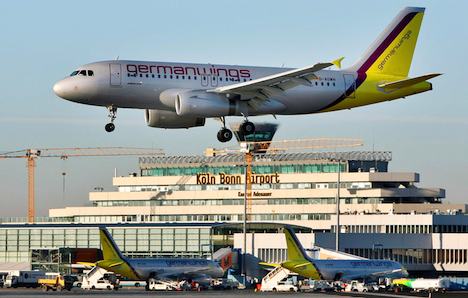 Long lines formed in both terminals as security checkpoints were essentially shut down, following the decision by around 370 security personnel to walk off the job.

More than 90 flights were cancelled at Düsseldorf airport. “We are expecting a lot more disruption,” a spokesman for the airport said. Of the 42 security points where passengers and hand luggage are searched, only six are open, he added. “A bottle neck is building up.”

The situation was even worse at Cologne/Bonn airport on Thursday morning, where all security points were initially closed. Two were opened later, and chocolate bars and water were distributed among the waiting passengers.

It remained unclear exactly how many of the 80 scheduled departures would be cancelled during the day, though the airline Germanwings said it had already scratched 15 flights.

The federal police, responsible for airport security personnel in Germany, said it was working on bringing in replacement workers as quickly as possible.

Union representatives want to push through their demand for a €14.50 hourly wage for security personnel, who currently earn €11.80 per hour.

Passengers should plan more time to get through security, and contact their airline to determine if their flight has been cancelled.