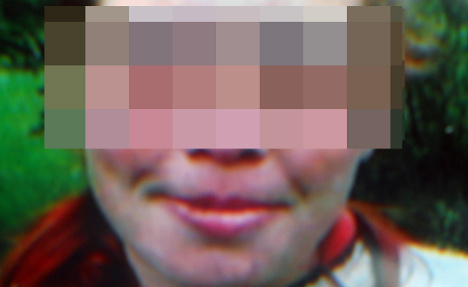 “Milenko Marinkovic pleaded guilty and he was sentenced to two years in prison” for having enslaved 19-year-old Bettina Siegner from 2005 until her rescue by police last May, local prosecution spokesman Admir Arnautovic said.

He said prosecutors planned to appeal the sentence, the minimum penalty for the crimes Marinkovic was indicted for. Marinkovic’s wife, Slavojka pleaded not guilty and is yet to be charged.

The victim’s mother, Christine Siegner, left her daughter with the Marinkovic couple in 2005, when she was 12. She had met the couple in Germany, where they had fled during Bosnia’s 1992-1995 war. She was thought to have visited her daughter occasionally.

Bettina was rescued by police in the village of Karavlasi after being alerted by a villager who said he saw the teen being forced to eat pig food and pull a cart in which the couple were sitting.

She was found in a forest near the house where she was held, she had traces of old and fresh injuries on her body.

Milenko and Slavojka Marinkovic were arrested on May 17 and Siegner taken to a safe house in Bosnia.

The couple were indicted for illegally detaining the girl as well as for having inflicted her injuries, treating her in an inhuman way, exposing her to starvation and forcing her to do hard agricultural labour.

They also did not allow her to have any contact with other people and go to school, the indictment said.

According to investigators quoted by local press, Bettina wishes to return to Germany where her father Alfred Siegner, a pensioner who has health problems, lives. She had to stay in Bosnia until the judicial proceedings were over though.