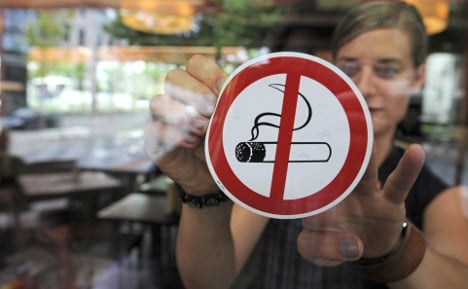 New figures from the Federal Statistics Office show that 82.4 million legal cigarettes were puffed away in Germany in 2012, nearly six percent fewer than in 2011. Back in 2000 the number smoked was 140 million.

Yet smokers are not simply turning to smuggled cigarettes, the association of cigarette manufacturers said this week, adding that the share of illegal smokes was down somewhat, to around 20.6 percent of the total.

Taxes on cigarettes and tobacco have been increased three times since the start of 2011 – now adding up to €3.68 of the price of a €5 pack.

The industry has also been placed under tight advertising restrictions which ban for example, the description “light” on cigarette packaging.

The success in reducing smoking rates and levels has cost the federal government dearly – its income from tobacco taxes dropped by nearly two percent to €14.13 billion.

MONEY
What to know about investing in cryptocurrency in Germany
Url copied to clipboard!