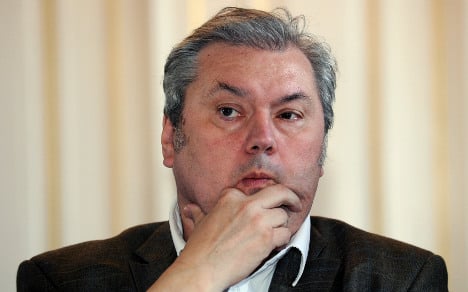 Blaszkiewitz, 58, could face the sack after writing “0,1” – used in zoos to denote female animals or breeding mares – in front of the names of women colleagues in an internal memo. The director, who claimed he was “being polite,” did not use the equivalent “1,0” prefix for his male staff members.

The memo has unleashed a backlash among high-ranking Berlin senators and trade unionists which escalated over the weekend and culminated on Monday in a special meeting of the zoo supervisory board to discuss Blaskiewitz’s future at the zoo.

“It’s a clear case of discrimination. And I expect those in leadership positions to avoid and fight against discrimination in their own businesses,” Berlin’s state senator for women’s affairs Dilek Kolat told Sunday’sTaggespiegel newspaper. “Those who act like this have disqualified themselves as leaders.”

Blaskiewitz, who has headed East Berlin’s Tierpark facility since 1991 and Berlin Zoo since 2007, has denied accusations of sexism and claimed that putting “0,1” in front of women’s names was “not a term of disrespect.”

“It’s a concerted action against me,” he told the paper. The “0,1” is often used for women colleagues in the zoo, he said, and “no one has ever complained before.”

The director also stands accused of having insulted Green MP Claudia Hämmerling, whom he called “vicious” according to minutes of a staff meeting leaked to Berliner Zeitung newspaper in December.

In the same meeting, Blaskiewitz is said to have berated zoo staff for accepting Christmas bonuses despite not being Christians.

The zoo director has drawn fire in the past for his treatment of the zoo’s animals – most famously he was accused of having neglected the zoo’s star polar bear Knut – after the animal suddenly dropped dead in 2011.

And in 2008 Blaskiewitz admitted having killed four wild cats in the Tierpark facilities in 1991 after an inquiry into the disappearance of hundreds of animals in suspicious circumstances.